Availability from February 2023. Get in touch to lock in your project. 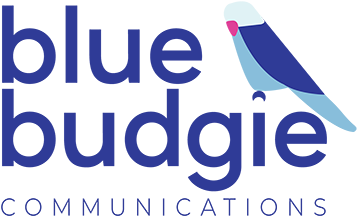 What running has taught me about business ownership

What running has taught me about business ownership

As I’ve progressed from puffed shuffler to half marathon finisher, I’ve learned that the benefits of running go far beyond the physical.

I never understood the appeal of running. I’d obviously heard about the benefits of running but I just didn’t get why anyone would choose to do it. I likened panting while pounding the pavement to torture. I’d tried it a few times and proven myself right.

Then COVID hit and Melbourne was plunged into lockdown after lockdown…after lockdown. I was stuck in a small house with an exasperated husband, two bored kids and an anxiety-riddled dog. Suddenly, putting on my shoes and running away became rather appealing.

I signed up for a 5km program and decided to give this running thing another go. Little did I know it would…cliché incoming…completely change my life. Not only has it drastically improved my health and fitness, it’s taught me a helluva lot about business ownership.

Consistency and positivity will get you everywhere.

When I started running in mid-2020, I could only shuffle to the end of my very short street before I had to stop and catch my breath. Within three months, I could run 5km without stopping and last month I ran my first half marathon (21.1km).

I’d love to say there were shortcuts but alas, no. It took time and dedication to slowly build up my fitness. Every second day I made the choice to put on my shoes and head out the door, sometimes for 3km, sometimes for 15km, sometimes in the rain, sometimes in the stifling heat. I stopped making excuses and focused on the sense of accomplishment I would feel when I got in shower and washed off the sweat. And it felt bloody great.

Despite working in communications for over 16 years, I still find myself in a negative headspace from time to time – procrastinating, doubting my ability, wondering if I’m living up to my full potential, feeling ‘less than’. I’ve learned that if I open the laptop and just start typing the self-sabotaging tendencies get the roundhouse kick they deserve. Consistency is a choice. Your mindset is a muscle. The more you show up and stay positive, the better you get at it.

Don’t get so caught up in the goal that you forget to celebrate the milestones.

As I reached each milestone I reflected on how far I’d come since those 30-second out-of-breath jogs. I marked each milestone with a mini family celebration. I also shared my success with friends via social media. I’m sure it inspired some and irritated others but I was proud. I allowed myself to be proud. Celebrating each mini goal made the process more enjoyable. It kept me striving toward the next milestone. It energised me.

In business, we often get so caught up in our big stretch goals that we forget just how much we accomplish along the way. Running has reminded me of the value in celebrating the smaller achievements – the great feedback from a soulmate client, the hitting a tough deadline, the first 10k project, the compliment from a fellow copywriter I admire. It’s reminded me that I’m allowed my puff out my chest and think I’m shit hot from time to time. Celebrating mini successes isn’t just allowed, it’s imperative for momentum and fulfillment. 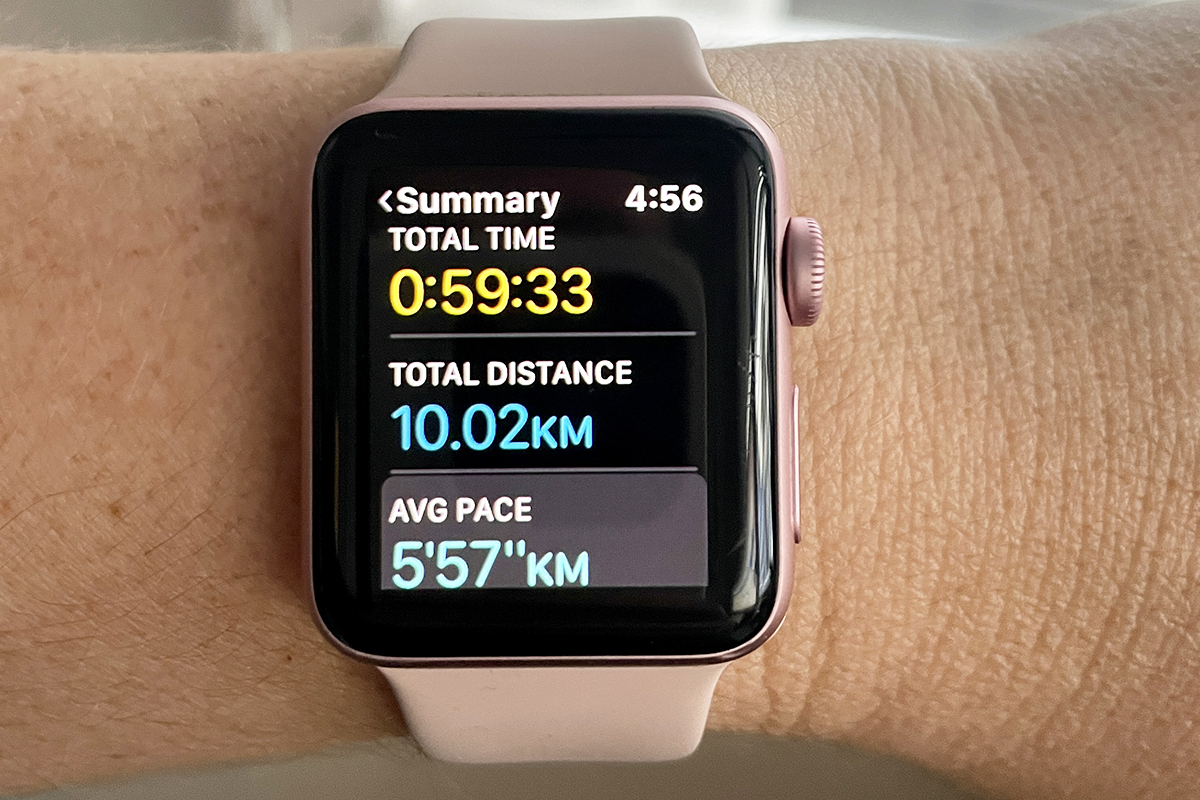 Stop comparing yourself to the person in front.

On my final training run before the half marathon, I did 18km along Williamstown foreshore. There was a super fit 20-something-year-old woman running in front of me. As she picked up her pace, the distance between us became greater and greater.

For a moment, my inner critic took over telling me I was slow, I was unfit, I would never run at an admirable pace and my pancake bum would never be pert and peach-like. What was a 41-year-old mother of two doing thinking she could compete with real runners? I wallowed in the pit of comparisonitis for a minute or two, then I told that critic to STFU.

I reminded myself that if you run, you’re a runner. That I was living proof that your age or starting fitness level doesn’t matter. I stopped focusing on the faster runner shrinking into the distance and focused on myself. I felt good. The view was great. I wasn’t her. I was me. And me is great. Pancake bum and all.

I’ve often fallen into the comparison trap in business – pondering how well my competitors seem to be doing, wishing I was further along in my business ownership…dare I say it…journey. But what’s the point? Comparing yourself to others saps your energy, energy you could channel into more constructive activities that boost rather than drain you. 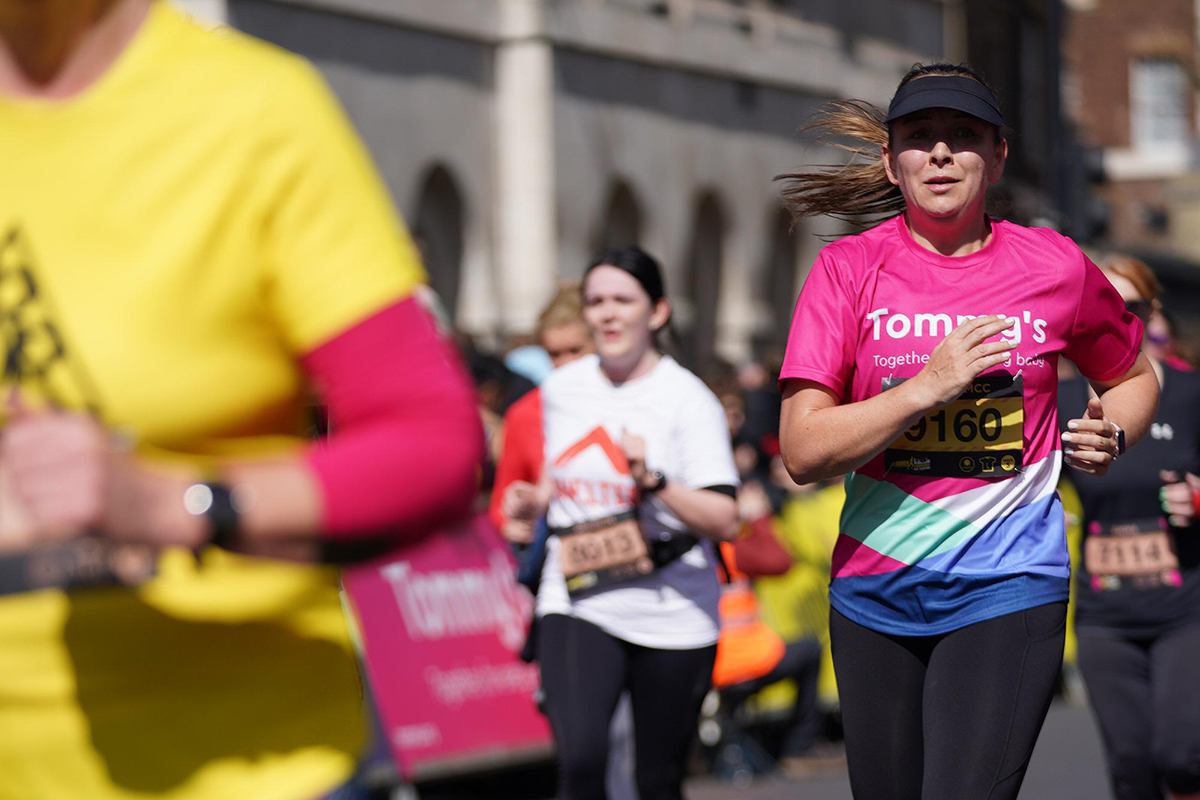 Never let the barriers break you.

Running has come with challenges. There have been running-related injuries (x3), non-running-related surgeries (x2) and the difficulty of carving out time to rack up long runs on the weekends. Three weeks before I headed to London for the half marathon, I got a pretty bad case of COVID. Despite being triple vaxed it hit me like a semi-trailer and I couldn’t get out of bed for five days.

After I recovered, I headed out for my first super slow run only to find that my heart rate spiked despite my heavily reduced pace. I was shattered but I decided not to give up. On my next run, I felt slightly better and I decided that I was going to do the half marathon even if they had to wheelbarrow me across the finish line.

The week before I headed to London for the race, I had an x-ray and ultrasound on my foot and was diagnosed with a partial plantar plate tear, a complex injury that can take 12 months to repair. My podiatrist gave me the ok to run but said that as soon as I got back to Australia, I had to start rehab.

On race day, I rocked up with a strapped foot, jetlag and post-COVID fatigue but I was pumped. I got out there and gave it a red hot crack surprising myself with a time of 2.12. As I crossed the finish line, I was extremely emotional. I had pushed through big hurdles and done it! I’d shown my kids that when you really want something, nothing can stop you. I’d also raised $1680 for Tommy’s to fund vital research into infant loss.

Not being able to run for the last month has probably been the biggest mental challenge to date. At first, I felt completely defeated. But then I tapped into the grit and resilience I’ve developed over the last two years and found other ways to stay fit. I’m doing spin classes and swimming. It’s not ideal, some days I feel overwhelmed and down, but I’m finding a way through.

As a business owner, I’ve faced more than a few challenges and I’ve spent way too much time stressing about scenarios that never eventuate. I used to stew on every challenge, now I focus on finding a way to keep pushing forward. If I’m having a rough day, I think about the moment I crossed that finish line and saw the proud faces of my support crew including my mum and gorgeous kids. I dig deep and connect with the determined, focused and resilient person that running has unlocked. She’s there. She’s strong. She’s capable of more than I’ve ever given her credit for. I’ll stop writing in third person now, I promise. 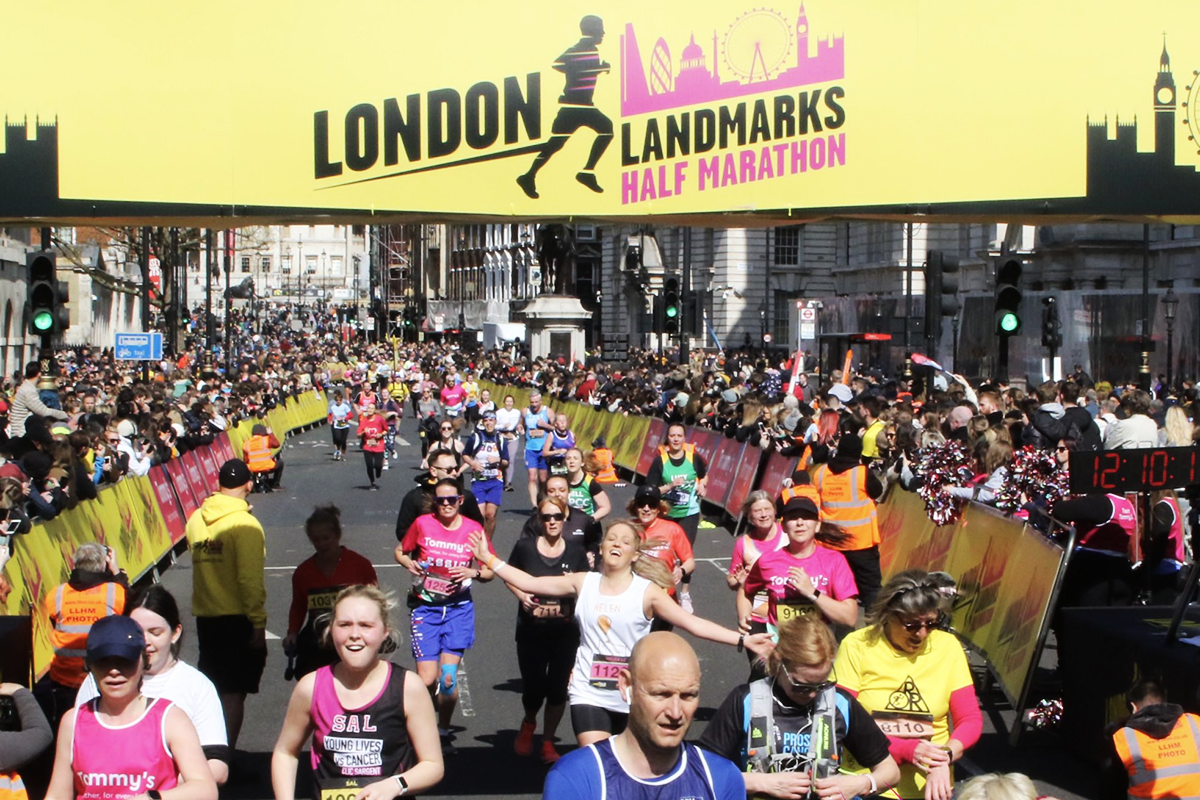 One of my clients recently said to me, “If it’s hard, it’s probably worth it.” While I’m in the midst of pretty full-on rehab for my farked foot, I can’t wait for the day when I can lace up my Hokas and head out the door. As I build up my distance again, I know I’ll keep learning more about life and all its intricacies. As I do, I look forward to celebrating milestones, improving self-belief and becoming a more focused and resilient business owner.

Turns out running is about a lot more than running, who knew?

Are you a runner? What has it taught you beyond the physical? Also, any tips for healing a torn plantar plate?

If this blog has inspired you to start running, I highly recommend Turia Pitt’s Run With Turia program. It’ll ease you into your first 5km and the support in the Facebook group is epic.

About the Author: Jacqui McCallum

I’m a Melbourne copywriter and communications consultant although I prefer the term ‘strategic storyteller’. I started my career at Fairfax Media writing featured articles for The Age, The Financial Review and The Sydney Morning Herald. These days I’m regularly published in Mamamia and Kochie’s Business Builders and run my own copywriting and communications consultancy, Blue Budgie.

Latest from The Chirp Blog

Send me your project details

Sign up for my monthly mail full of writing gold nuggets, memorable memes and random musings. No sales schmaltz, promise.

I acknowledge the Traditional Owners upon whose ancestral lands I live and work, in particular the Wurundjeri Woi Wurrung and Bunurong peoples of the Kulin Nation. I pay respect to their Elders past present and emerging and acknowledge the pivotal role that Aboriginal and Torres Strait Islander people play in the Australian community.

Page load link
I haven’t eaten carbs since 2015 (thanks thyroid) but when it comes to the web, cookies help. By continuing to devour this site, you agree to the use of (calorie-free) cookies.
Cookie SettingsAccept All
Manage consent

This website uses cookies to improve your experience while you navigate through the website. Out of these, the cookies that are categorized as necessary are stored on your browser as they are essential for the working of basic functionalities of the website. We also use third-party cookies that help us analyze and understand how you use this website. These cookies will be stored in your browser only with your consent. You also have the option to opt-out of these cookies. But opting out of some of these cookies may affect your browsing experience.
Necessary Always Enabled
Necessary cookies are absolutely essential for the website to function properly. These cookies ensure basic functionalities and security features of the website, anonymously.
Functional
Functional cookies help to perform certain functionalities like sharing the content of the website on social media platforms, collect feedbacks, and other third-party features.
Performance
Performance cookies are used to understand and analyze the key performance indexes of the website which helps in delivering a better user experience for the visitors.
Analytics
Analytical cookies are used to understand how visitors interact with the website. These cookies help provide information on metrics the number of visitors, bounce rate, traffic source, etc.
Advertisement
Advertisement cookies are used to provide visitors with relevant ads and marketing campaigns. These cookies track visitors across websites and collect information to provide customized ads.
Others
Other uncategorized cookies are those that are being analyzed and have not been classified into a category as yet.
SAVE & ACCEPT
Powered by